Located in Houston, Texas, the Harris County Hospital District is one of the largest hospital systems in the country. The system includes three acute care hospitals, eleven health centers, and a freestanding HIV/AIDS clinic. The medical facilities are divided into five hospitals, one for children, and eight for adults. Patients can seek health care at any of these hospitals. The district also has more than 60 freestanding physician offices. Many Harris County residents rely on the system for their medical needs.

Besides its hospitals, the district also operates several clinics. The Martin Luther King Jr. Health Center and the Settegast Health Center are located in the Harris County Hospital District. The former People’s Health Center, which was the only public mental health center in Houston, was also part of the system. The district also runs the E. A. “Squatty” Lyons Health Facility, which is home to the Houston-Akron Children’s Medical Center. 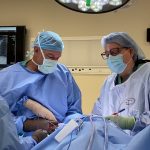