Insight Hospital and Medical Center Chicago (formerly known as Mercy Hospital and Medical Center Chicago) is a 414-bed Catholic teaching hospital in Chicago, Illinois. Founded in 1852, the institution was the first hospital chartered in the city. Today, the hospital offers a wide variety of services and treatments for patients. Insight is a new name for the hospital. The facility offers both a traditional, full-service hospital and a more boutique, personalized experience.

When the Centers for Medicare and Medicaid Services (CMS) recently inspected Mercy Hospital & Medical Center Chicago, they discovered that the hospital was short six nurses during each shift. This resulted in dozens of patients waiting to be treated. As a result, CMS branch manager Anna Olson wrote to Mercy’s CEO, explaining that the shortage of nurses meant hundreds of patients were waiting for treatment. In addition to this, many Mercy employees also reported that staffing problems caused staffing issues in their offices. 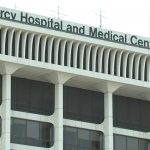