The telehealth revolution has been in full swing in recent years, and Village Medical Chicago has joined that group. The company has expanded its network of telehealth clinics to more than 80 in nine markets, including Chicago. In the past two years, the number of telehealth visits has doubled, and a number of new locations are planned. Several physicians have also been added. The company aims to provide more primary care services to those with chronic conditions, who can’t always get to a traditional doctor.

In the last year, Village Medical Chicago has opened seven clinics in the city. This growth was fueled by the Walgreens partnership and direct contracting opportunities. The Center for Medicare and Medicaid Services’ Direct Contracting program allows private providers to care for Medicare patients. It estimates it serves more than 56,000 Medicare patients through direct contracting. While the telehealth initiative has been halted by the Biden administration, VillageMD believes that these models will continue to grow. 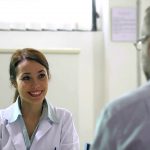