hey guys it’s Brian today I review a
video just talking about different
cushions for your wheelchair there’s
different people that have different
preferences I just wanted to share mine
and kind of go over the different
options that you have the one that I
actually use is a ROHO cushion it’s air
filled in the back and this is called a
hybrid cushion because it’s air filled
in the back but it’s solid up front kind
of like a jade cushion would be I like
this because it gives me a lot of
stability when I’m transferring when I’m
pushing down on the front end I feel
like I’m not sinking down like I would
if it was a full air filled ROHO cushion
I’m also getting a lot of protection F
out of this I have a very very bony butt
and I tend to get pressure sores if I’m
sitting on a hard surface or a cushion
that’s not very protective I feel like I
get a lot more protection out of the air
I’ve pressure mapped very very well on
the air what you want to do with these
is you can fill up this little air valve
with air but you don’t want to be you
don’t want to fill it up very much the
idea is that you’re sinking as deep as
you can into this and you don’t want to
bottom out you want to leave about that
much where you can kind of put your hand
under it and feel that you’re almost
bottoming out but you’re not quite that
is giving you a lot of protection
because these are basically your new
butt cheeks since your bone is pretty
much almost exposed the downside of an
air-filled cushion is it can be
punctured fairly easily I think I’ve had
two cushions over the last couple years
that did get punctures on them they do
come with a patch kit so you can patch
them yourself
or if it’s been over two years a lot of
the times insurance will just replace
just the cushion part thing and replace
the whole base so I know that I did get
a second cushion out of them for that
the other cushion that is kind of
similar is a full ROHO cushion this is a
travel question I use for the car if I’m
going long distances you can see it’s
not very thick because this is not one
you would use full-time but I just
wanted to show it because it is a
cushion that you would find a full
cushion where it’s air fill in the front
air filled in the back down side of this
is doing transfers when you’re pressing
down on the front if you don’t have a
lot of stability you’re kind of sinking
in you’re sinking around in the air if
this isn’t a cushion that has different
just different pockets in it you’re
pushing down air and sometimes it’s
coming harder on this side or harder on
this side so you’re kind of floating
around constantly so I prefer not to
have something like this the cushion
that I started out on was it j2 which is
this in a j2 it has a similar base is
this part in the front but it’s actually
gel-filled in the back and I didn’t
really like this as much because I felt
like I was constantly having to
redistribute the gel what happens is
you’ll sink down into the back each bump
Momo sink in and then all the gel kind
of pushes right between your legs so
you’re constantly you know having to
press it back down to redistribute it
back the other downside of a gel foam
cushion is extremely heavy it does add a
couple extra pounds when you’re
transferring this thing in and out
compared to this which is super
lightweight that does make a big
difference so I did not like the gel as
much felt like it didn’t give me quite
the protection so I switched out to the
air the last one which I don’t have but
I have tried is a honeycomb cushion
super core is the company that pretty
much is the main company that I’ve seen
that distributes the honeycomb I didn’t
pressure map that wall on I figured hey
maybe pressure map doesn’t say
everything so I tried it for a couple
days I also gave it back and then two
years later when I was trying out my new
chair trying to get a new chair I
figured hey I’ll give it another shot
still didn’t press your map as well on
it I think it just doesn’t give me the
protection that the air does like I said
very bony some people that hey if you’re
a little bit bigger you might have a
little more cushion to yourself than
that I feel like I do so I think for me
me I’m going to stick with the
air-cushion and that’s pretty much how I
wanted to share with you if you have any
questions or comments let me know if I
missed anything let me know and I’ll
answer your question thanks a lot
Bestseller No. 1 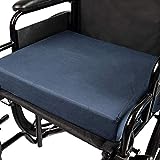 Wheelchair cushions are specially designed for wheelchairs to give maximum comfort and support users while using their chairs. They also help in properly positioning the wheelchair user in the right posture. These are typically made of high-quality materials like leather, vinyl, or PVC, and are manufactured to exacting standards.

Wheelchair users who have recently purchased a chair that requires a cushion, should always make sure to take time to check if the cushion is suitable for their chair. Since many people do not use their wheelchairs every day, it is important that the cushion can withstand the constant movement that the chair will make while being used. Additionally, cushions are usually made of soft material that can be easily damaged and destroyed easily. For these reasons, choosing the wrong cushion can easily damage the chair’s parts.

One thing that can be considered when looking for a cushion is the material the cushion is made out of. In case you want to buy one that is made of leather or vinyl, make sure to check for the quality of the material to see if it is durable enough to last for long periods of time. The best materials available are usually the ones that are made from leather, since they offer the maximum comfort.

Another thing to consider when buying a cushion is the size of the chair it will be used on. Since most cushions available today are specially designed for wheelchairs, they are usually larger than typical cushions that are available for ordinary chairs. This means that if you intend to use your cushion for a long period of time, the cushion needs to be large enough to accommodate the chair’s dimensions.

Choosing the right cushion for you is important if you want to enjoy a good use of your wheelchair. A good quality cushion will last a long time and will keep the chair safe and comfortable for years.

To ensure that you will enjoy long years of use with your chair, make sure to choose a good quality cushion that suits your needs. If you are looking for more information about cushions for wheelchairs, you can always go online and search for reviews and ratings on various cushion options.

A good cushion can provide the best support for your chair. Since the cushions can be customized, it is always advisable to select a cushion that matches your style and personality. This way, you can be sure that the cushion will be able to fit well with the chair’s color and design.

Good cushions are an essential part of maintaining good health and proper body posture in your chair. These cushions can also prevent damage to the wheelchair and your body from frequent misuse. Most of the cushions also come in different designs, colors, styles, and designs, allowing you to choose the right cushion to match your preferences.

What is the Standard Wheelchair Seat Width?

When it comes to choosing a seat, there are many different things to consider when you are looking at the standard wheelchair seat belt. The most important thing to consider is the comfort level of the seat you are going to buy.

There are many different options available when it comes to chairs and different brands and sizes of seats. Some manufacturers offer seats that are made specifically for a wheelchair, such as the Sitter Seat, or the Cushion Seat. These seats allow your wheelchair to sit up against the back of the chair, and is a good way to make it easier for a wheelchair user to get comfortable when using the chair.

When it comes to buying a chair, you will want to consider your wheelchair’s seating capacity, your individual needs, and comfort level, as well as the wheelchair seat’s size, and seat width. The right choice can help make the difference between enjoying your wheelchair, and its accessories for many years to come.

Some of the best options to look at when buying a wheelchair seat are Cushion Seats, the Sitter Seats, and the Stroller Seats. All of these seats allow a wheelchair user to have the ability to have a chair that is comfortable to sit in, while still having the ability to move around and reach different areas of the chair. The Cushion seat is a perfect choice for a wheelchair that is going to be used often, and for users that will be sitting in their wheelchair for a long time.

For users that may only be using their wheelchair for short periods, or will be moving around a bit, a regular wheelchair seat width may be the best choice. If you are unsure about your ability to sit in the right seat, or chair, you can always get a seat that has a lower seat that is made just for your wheelchair. This seat will provide you with more space to sit in, while still allowing you to move about in your wheelchair.

It will be very important to make sure that the chair you choose fits your wheelchair perfectly, especially if you have an older wheelchair or one that is larger in size. There are a lot of adjustable seats available for the larger models of wheelchairs, and some of these seats can be adjustable in both the seat and the back of the chair. 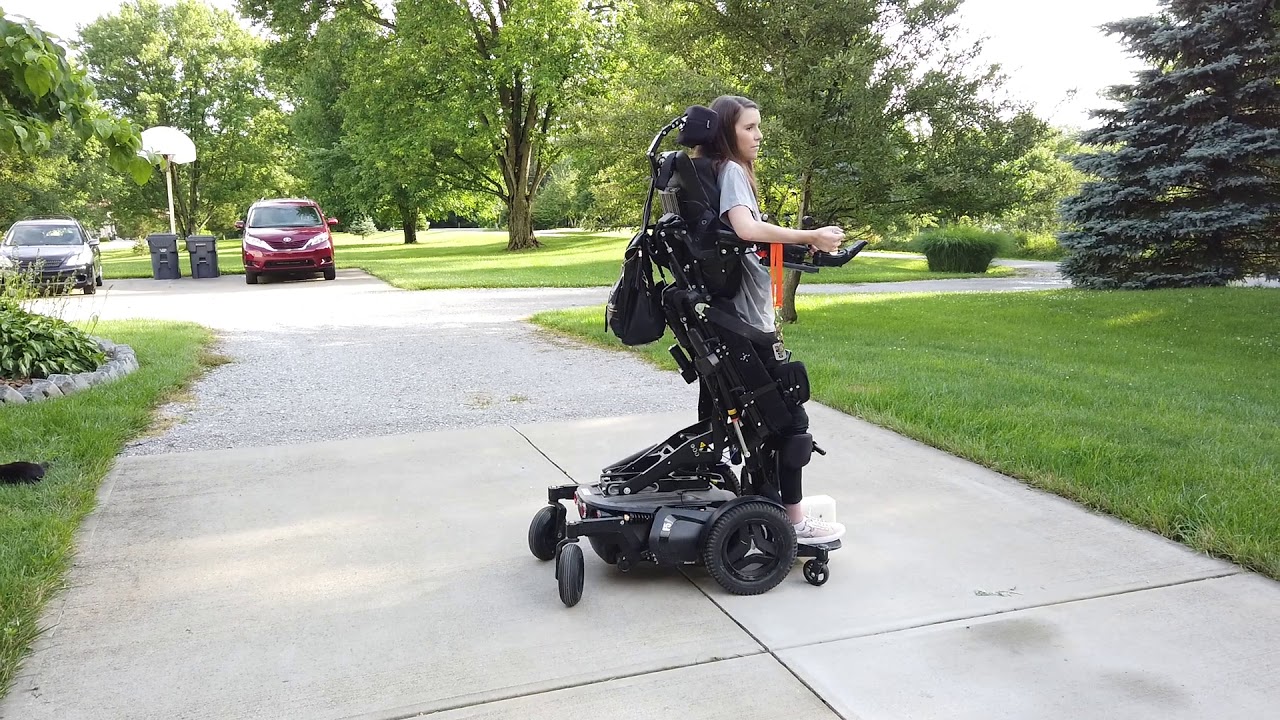 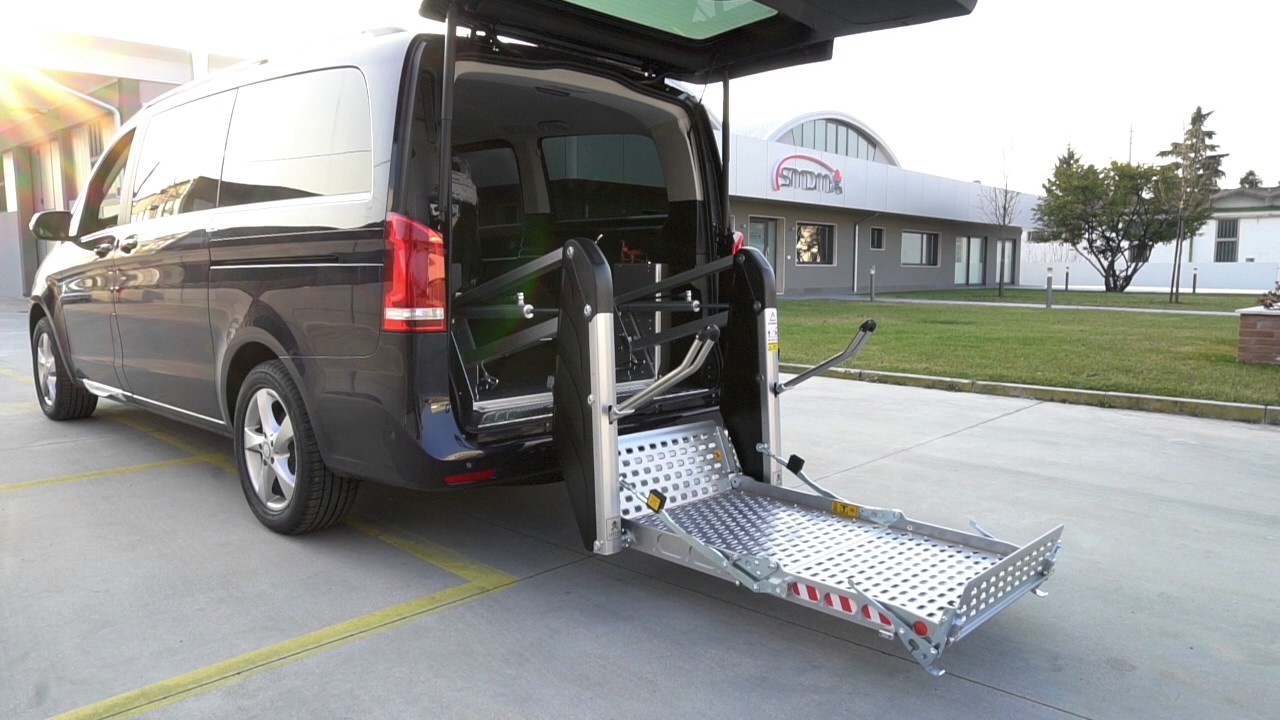 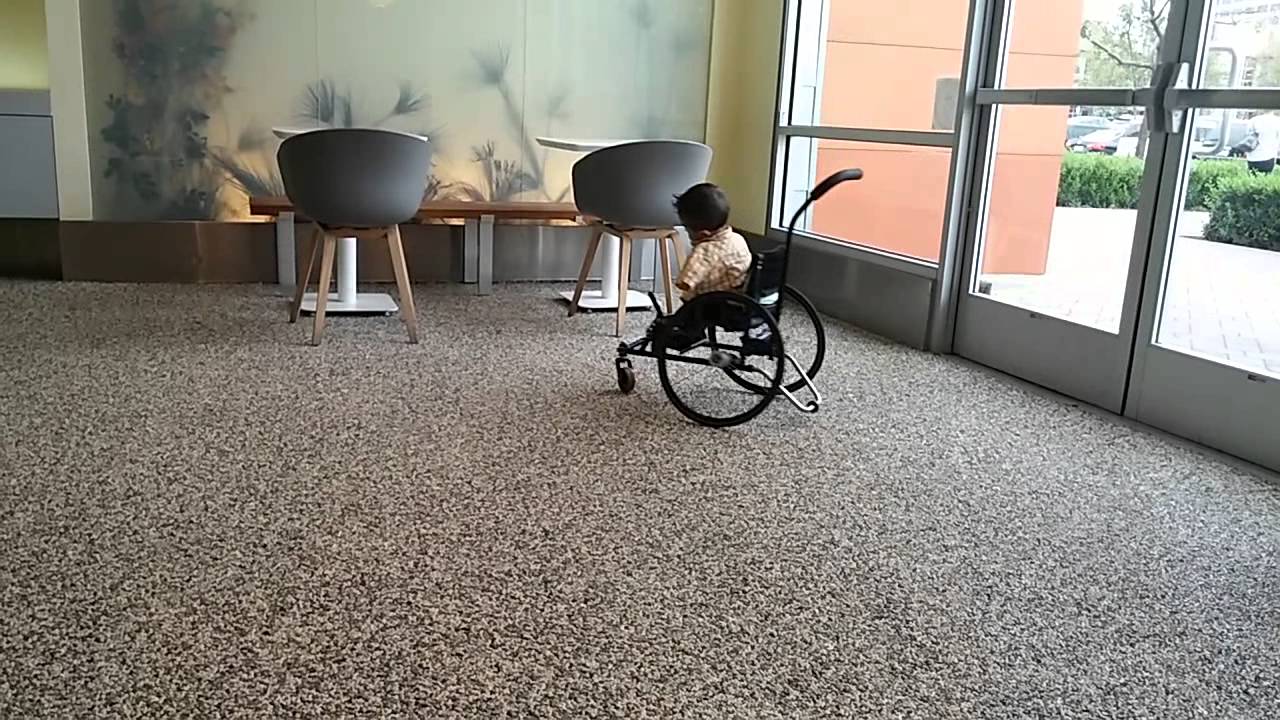